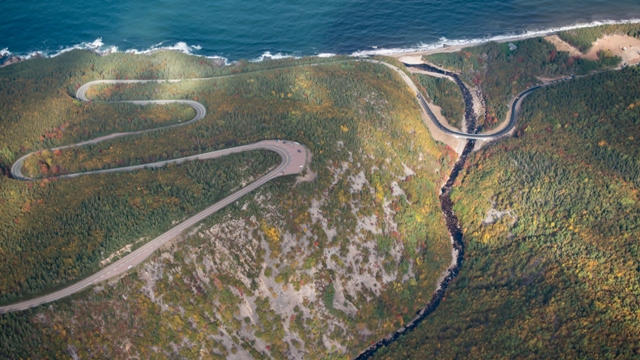 Harbourside Transportation Consultants completed the design of the vertical and horizontal alignments, from initial concept layouts through to detailed design and tender for the new approaches to the MacKenzie Bridge Replacement. 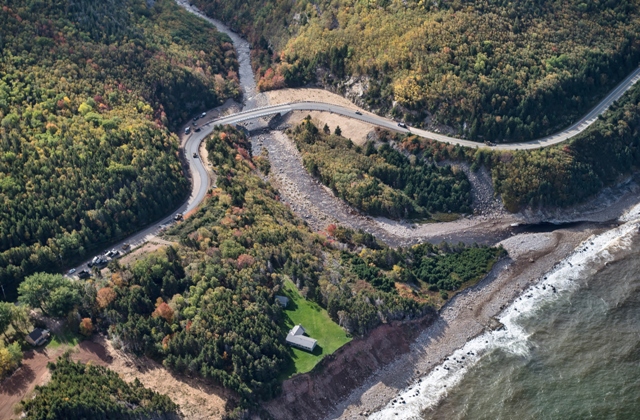 The new bridge needed to be constructed while maintaining traffic flow through the area, utilizing the existing bridge. The existing roadway geometry does not meet current guidelines as identified in the Geometric Design Guide for Canadian Roads by the Transportation Association of Canada (TAC). This included both horizontal and vertical geometry and superelevation. The existing curves do not provide adequate tangent lengths between the curves, thus replacing the existing bridge at its’ current location was not recommended. Also, construction of a temporary structure to accommodate traffic while the existing bridge is replaced was deemed not to be a cost effective alternative. 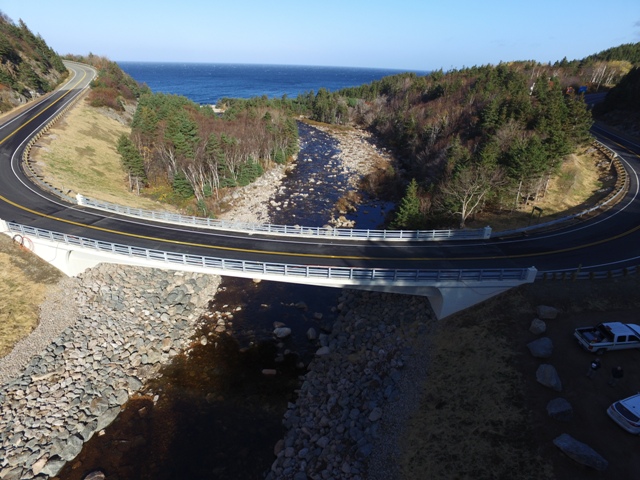 The objective of the alignment design was to be able to construct the new bridge while maintaining traffic on the existing structure and improving the geometry on the roadway approaches. Two main preliminary options were developed; a North alignment and a South alignment, both with design speeds of 40 km/h. The North alignment was recommended as it provided a larger radius curve of 60 m which replaced the three existing curves of radii 175 m, 36 m and 50 m. The curve was fully superelevated at 6%, including the new bridge. The North realignment was predominantly in fill with minimal excavation. This option required borrow from off site. Similarly, the South realignment was mostly in fill but with some rock cuts. The length of new roadway was similar for both options. A preliminary cost estimate for the construction of approach roadways was provided.

The existing roadway near the MacKenzie Brook Bridge site consisted of small radius curves and steep grades on both approaches to the structure. The posted speed is 30 km/h and horizontal curve radii ranging from 36 m to 75 m. The existing bridge was located on a short tangent, cross slope at normal crown, with curves starting a very short distance from the bridge ends resulting in rapid cross slope transitions to superelevated sections.